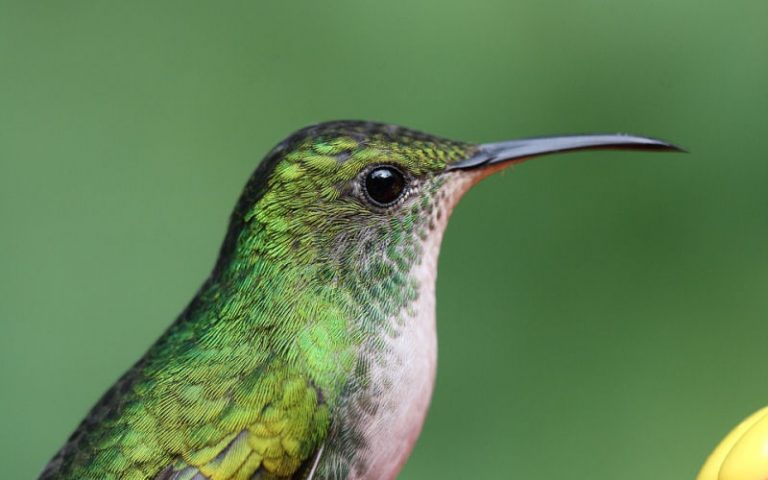 Hummingbirds are amazing birds to watch in your backyard. However, have you ever noticed that it’s really difficult to tell how old a hummingbird is? So now you’re wondering how long do hummingbirds live in the wild?

If you have a few regular hummingbirds at your feeders, you probably want to know how long they will survive. This guide will take you through everything you need to know about a hummingbird’s lifespan. You’ll also learn what to expect from each species and how you can help them live longer.

How long do hummingbirds live in the wild?

There will always be outliers with any animal that manages to beat the odds and live for a long time. Yet the average age is often a lot less than this.

Sadly around 50% of hummingbirds will die as chicks or before they reach one year old. That’s due to the vulnerability and inexperience of being young. For this reason, hummingbirds try to lay more than one egg with each clutch in the hope at least one will survive.

Hummingbirds that survive past one year old have to remain resilient. There are many factors that threaten their chances of survival. Let’s look at what things affect a hummingbird’s life span.

The species of hummingbird plays a large role in how long they will survive in the wild. Take a look at how the average age can vary between hummingbird species.

Midsize to large hummingbirds tend to live longer than small hummingbirds. This is common with most bird species as smaller birds have a faster metabolism. That means they’ll wear their body out a lot quicker than a larger hummingbird.

Male hummingbirds of all species will also die earlier than females. That’s because male hummingbirds don’t really take the chance to rest. Male hummingbirds are always courting mates, defending territory, or migrating ahead. All that work wears out their tiny bodies quicker.

Despite the fact that hummingbirds appear to spend most of their time at flowers, they actually have quite a varied diet.

Hummingbirds eat a lot of flower nectar, but that’s only so they can sustain their energy to catch their main food which is insects.

Migrating hummingbirds may not have enough energy or have become disorientated to migrate as far as they normally do. This can leave them stuck in colder climates where food is scarce. This is a major cause of hummingbird’s deaths in winter.

Some hummingbird species don’t migrate. They’ll have to tough out the winter with local food sources and long periods of torpor. If they don’t find enough food they also won’t last the winter.

Food sources can even be restricted by territorial hummingbirds in the spring and summer months. Check out my tips to stop bully hummingbirds at your feeders.

Hummingbirds are small birds which makes them vulnerable prey for all kinds of animals.

Other animals and insects will eat hummingbirds if they are given the chance. Usually, they can be too fast to catch but can be caught in webs or when sleeping.

Predators will often go after juvenile hummingbirds or even the eggs in a nest. These hummingbirds are vulnerable and may not have the experience to outwit a predator.

Domestic cats can be a big risk to hummingbirds. They catch them when carrying out their usual stalking behavior in backyards.

Hummingbirds will try and defend themselves by making it harder for predators to find them. Sometimes this can be tricky as they are very brightly colored.

A hummingbird’s nest is tiny and very well camouflaged among the foliage. As males are brightly colored they won’t visit the nest as it can attract more attention.

Hummingbirds also rely on their speed and agility to outsmart predators. They can also use the noise made from their fast flapping wings to confuse predators and make an escape.

The health of a hummingbird will have a big impact on its survival rate. Disease and parasites are major causes of hummingbird deaths and ill health.

Diseases are often passed on through bird poo. It’s common for hummingbirds to come across this at shared feeding sites such as poorly maintained bird feeders. Diseases can also be passed on through fleas and ticks.

An injured, starving, old or juvenile hummingbird is much more susceptible to contracting these diseases.

Wild birds don’t have access to medicine unless they are captured and taken to a wildlife rehabber. Most sick hummingbirds won’t have this luxury and will succumb to the disease.

Habitats can make hummingbirds much more prone to injury. An injured hummingbird that cannot fly to find a food source will die very quickly. Whether that’s through starvation, infection, or inability to flee from predators.

Urban areas pose the greatest risk for hummingbirds. A hummingbird that lives near humans is much more likely to die than one which has little contact with them.

Collisions are the greatest injury risk to hummingbirds. The most common collision is from flying into windows of homes or buildings. Other collisions include being hit by cars, aircraft, wind turbines, and power lines.

Further injuries can be caused by the human use of traps or chemicals such as pesticides. Any of these injuries are likely to cause a hummingbird external or internal damage. This can be fatal or leave them vulnerable to roaming predators.

Changes in the climate can have a devastating effect on hummingbirds. A migrating hummingbird is not one that can survive harsh winter weather.

If there is a sudden cold spell, this means less food and the inability to survive. That’s because the cold will make hummingbirds go into torpor which is a mini state of hibernation. The only problem is that they need enough energy to wake from that state. Without that energy, they’ll die.

During a cold spell, a hummingbird will have to find a suitable habitat to keep safe and warm until they can wake. If they aren’t well hidden then a predator will eat them when in a state of torpor.

Other environmental threats to hummingbirds include the impact of severe weather. That includes fires, hurricanes, tornadoes, and storms. These can directly kill hummingbirds but also destroy their habitat and food sources.

Migration is a survival strategy some hummingbirds use. This helps to protect them from poor food supplies and cold weather conditions.

Each hummingbird species has its own specific migration route which takes them through different environments and journey lengths.

Migration is a very dangerous task to undertake. Migrating hummingbirds need a lot of energy to fly hundreds of miles to their designation. If food sources are poor along the way, they’ll struggle to make it.

Migration poses an increased risk for hummingbirds. This includes being in new territory with unknown predators, landscapes, and disorientation. All of which can be disastrous for migrating hummingbirds.

Hummingbirds migrate solo so they don’t have the protection of a flock to keep them safe or to help them locate food.

Once hummingbirds land at their new destination they then have to seek out the best habitat to survive. This can lead to aggressive fights between males to secure a good spot.

How to help hummingbirds to live longer

Hummingbirds don’t have a long lifespan, and they can often live a lot longer than most of them do. Humans have a huge impact on how long hummingbirds live. The good news is that there are things you can do to try and minimize your effect on your local hummingbird populations. And perhaps even give them a helping hand.

Let’s look a 5 ways you can help hummingbirds to live longer.

You won’t be able to prevent wild predators from killing hummingbirds, but you can stop domesticated ones. That’s right, cats are a massive threat to hummingbird survival.

Outdoor cats will easily stalk and catch a hummingbird that is stationary or in flight. As hummingbirds are so small they don’t stand a chance against a cat.

The easiest way to stop cats from killing off a hummingbird is to make sure they have some sort of collar (like these ones). It will alert the hummingbirds to their presence. It won’t stop all deaths but will cut down on them drastically.

This won’t only help your local hummingbirds but all the birds in your area.

As diseases are such a big threat to hummingbirds, there are ways you can help to minimize it. Hummingbird feeders are often very busy, which makes them a prime place for disease to spread through close contact or bird poo.

Regularly cleaning your bird feeders will help to prevent passing on any disease that’s lingering. You can rotate feeders around if you take one down and put up a replacement to keep the hummingbirds well fed.

If you spot a dead or diseased hummingbird near your feeders take them down immediately. They need a deep clean with hot soapy water to prevent any virus or bacteria from spreading to the other hummingbirds.

Pesticide is toxic to the hummingbird’s delicate metabolism. Remember that hummingbirds will eat a lot of nectar and insects. That means they can come into contact with a lot of nasty chemicals if they are sprayed with insecticides.

If you’re using insecticides you’re essentially killing off an excellent food source for the hummingbirds. In fact, the hummingbird will do a good job of clearing up insects for you if you encourage them into your yard.

The easiest way to stop injuries from collisions is to help hummingbirds to see your windows.

Often hummingbirds will fight and buzz around so quickly, they can easily mistake the reflection in your window as landscape.

These window strikes are fatal for small hummingbirds, yet they are easily prevented.

Using window stickers on large panes near your hummingbird feeders is the best solution (these ones are the bestsellers).

Also, try adding more feeders that are spaced around your yard. This helps to stop the hummingbirds from being so territorial and flying around in a frenzy.

If a migrating hummingbird doesn’t make it to the place they were intending it could be fatal for them.

These hummingbirds need to adjust to cold weather and poor food sources. If you know a hummingbird is in the area over winter then leave your feeder up. You can check out my guide for tips on feeding hummingbirds over the winter.

Leave the feeders up for at least two weeks after you last see a hummingbird feeding. For more advice on this check out my guide to when you should take your hummingbird feeders down.

You can also put up small hummingbird nests to provide them with a place of safety and shelter over the cold months.

Providing or caring for a birdbath in the winter is also a crucial step to providing hummingbirds with a good water source that’s not frozen over.

Hummingbirds will usually live for a period of 3-5 years. They can live a lot longer than this but they have to contend with a lot of factors that impact on their survival. This includes lack of food, predators, bad weather, disease, and migration.

Humans have a large part to play in the reason that hummingbird dies before their time. There are a few ways that you can reduce your impact on a hummingbird’s life and help your visitors to survive longer.