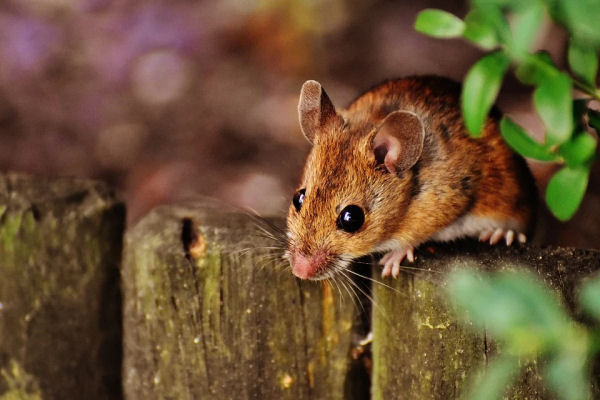 Mice are small creatures, so you don’t suspect they live too long. But have you ever noticed that it’s difficult to tell how old a mouse is? It’s probably left you wondering how long do mice live?

The average life expectancy of a wild mouse is 1-2 years old. Most wild mice will die before they reach the age of one. There are several factors that determine the longevity of a wild mouse. This includes the species, the conditions they live in, and their general health.

If you have a mouse problem in your yard you’re maybe hoping they won’t stick around for 2 years. Understanding the lifespan of a mouse may help you to understand a bit more about how long you’ll see them in your yard. This guide will take you through everything you need to know about a wild mouse’s lifespan.

How long do Mice live in the wild?

The age that a wild mouse can live to will vary for each mouse species. Just because a mouse can live 3-4 years old, doesn’t mean that all mice will live to that age.

Some mice will be lucky and survive for a long time, and others will die really young. It will all average out.

The reality is that most wild mice will die as infants. That’s why mice usually have lots of babies. They are aware that most of them won’t survive. Having larger numbers means at least a few will survive to adulthood.

Once a mouse reaches adulthood they have a much better chance of living longer. As mice get older they get more resilient against issues that affect their survival rates.

The species of the mouse can play a large part in how long a mouse will survive in the wild. Let’s take a look at the average age of common wild mouse species.

You’ll see that there is quite a range across the survival rates of each mouse species. Certain species appear to be able to live a lot longer than others. That’s due to the environments that each species lives in and the vulnerabilities they encounter in their daily life.

Let’s look at each factor that can affect how long a mouse can survive in the wild.

Food availability is a major threat to most wild animals including mice. A steady food supply is essential for mice to have the energy to live and breed.

If the mouse population in the area is too high, there is less food to go around. This means that some mice may starve to death. This is common in wintertime when access to food is a lot harder due to poor weather conditions.

Mice have to adapt to survive for longer periods without food in winter. They’ll store away stashes of food during the autumn time and come back to them later.

Mice may also be forced to go seeking food in urban areas such as trash or bird seed. This can lead them to eat food that is nutritionally poor for them.

Pregnancy and nursing mice need a good food supply to grow healthy babies. A poor diet can lead to weak and unhealthy baby mice that die soon after birth.

Wild mice are prey for a lot of larger wildlife. Predation is one of the biggest threats to a mouse’s survival.

Common predators of mice include:

Most mice caught by predators are young and immature without little experience of predators. These mice don’t know how to avoid predators or recognize signs they are around.

Wildlife will often follow mice and locate their burrows to attack their litters too.

Domestic cats and dogs are also a big threat to wild mice. They’ll catch them when they roam around your yard. Cats will use mice for hunting practice, even when they are well fed.

Mice rely heavily on their sense of smell to avoid predators as much as possible. They are nocturnal creatures so will usually be most active at night. Foraging in the cover of darkness helps mice to go undetected by other animals.

Trapping by humans is also a big threat to mice. Humans kill millions of mice every year with traps of poison as they are seen as vermin. This helps to reduce the damage that mice cause to properties and the risk to human health.

A mouse’s general health will have a big impact on how long they live. Mice are carriers of diseases and parasites that lead to poor health and death.

Common diseases the mice suffer from are:

These diseases can be caused by bacteria, viruses, fleas, and ticks. Weak, starving, and injured mice are at greater risk of contracting these diseases. And as mice are very social animals they can pass disease between them quickly.

Mice that contract these diseases are likely to die from them. Usually from direct symptoms but the side effects can also make them vulnerable to predators or unable to forage for food and water.

The habitat that a mouse lives in can make them much more susceptible to injuries. An injured mouse cannot flee from predators or can be vulnerable to disease and infection.

Mice that live near urban areas are at much greater risk of injury due to human interference. The most common injury caused to wild mice is from trapping devices. There are various methods that can be used from glue traps, snap traps, stun traps, and poisons.

Mice are likely to die from trapping devices however some may survive. If they do they are likely to be left with fatal external wounds or internal injury. It’s best to try and prevent mice from getting into your house rather than having to use traps to get them out.

Mice are often easily injured when trying to escape predators. This can leave them in shock or with open wounds that can become infected.

Mice don’t hibernate in the winter so they need to make special adaptations to survive the harsh winter conditions. Winter brings with it freezing cold conditions of ice, snow, and freezing temperatures.

Mice can normally adapt well to these conditions by building burrows underground to shelter. Yet they still need to forage every day to find food to survive. A sudden cold snap can cause temperatures to dip fatally low for small mice to survive.

Mice can go into short periods of daily torpor. This allows mice to reduce their metabolism and body temperature to save energy.

Mice are one of the animal species that carry out a strange behavior known as infanticide. This is when they will eat newborn baby mice. This can be the parent mice eating their own newborns or an unrelated mouse eating a neighboring baby.

It is thought that parent mice will eat their young under conditions of extreme stress. This may be times when environmental resources are low or there is no food availability.

Non- parental infanticide is common among mice to reduce competition for resources. The newborn also provides a source of food for culprits.

Mouse species that are well known to carry out infanticide are:

Can Mice live over 5 years?

Mice can live up to around 6 years old when they are kept as pets or in captivity. The oldest known mouse survived to 7 years old. Captive mice survive for much longer as they don’t face the same threats that wild mice do.

Captive mice are safe from predators, harsh weather conditions and can receive treatment for ill health or injury. These advantages greatly improve their life span

Most wild mice will live to around 1-year-old, but, most will die when they are a few months old.

The longevity of a wild mouse will depend on several lifestyle factors. Their habitat, food availability, health, and natural predators will impact their survival rates.

Humans can also have a huge impact on the survival rate of mice. Millions are killed each year due to to their pest status. Despite this mice are very adaptable creatures and multiply rapidly to ensure the survival of their species.