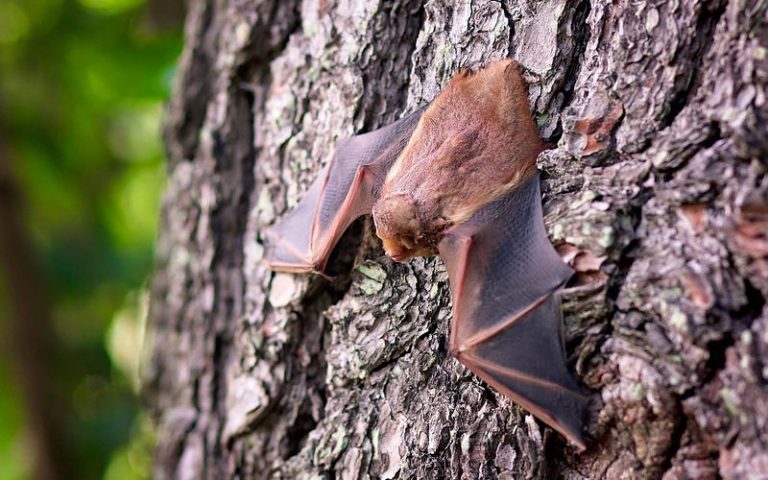 Bats have a reputation for being scary, creepy, and dangerous. Yet bats are one of the most misunderstood mammals. They’re actually really beneficial to humans and the environment. Let’s take a look at just why bats are important.

9 Reasons Why Bats Are Important

You probably already know that been sans butterflies are great pollinators, but you can add bats to that list too. There are over 500 plant species worldwide that rely on bats for cross-pollination.

The process of pollination by bats is chiropterophily. Bats are very good pollinators, especially for larger plants that require a lot of pollination.

Well known plants that rely on bats to pollinate them are found in tropical and subtropical climates including:

Bats pollinate flowers through the fur on their heads and body. When they land near a flower they eat the nectar, the pollen parts will stick to their fur.

As the bat moves on to another flower the pollen will transfer over and start the cross-pollination process.

Flowers that rely on bats to cross-pollinate them will do all they can to attract the them. Common techniques used to attract bats are:

These plants really work hard to stimulate a bat’s senses and be as alluring as possible. That way the bats can’t resist feeding on them.

Apart from insects, eating nectar is food that both microbats and macrobats will eat.

Bats eat a lot of insects every day. In fact, one bat will eat thousands of insects in one night of foraging.

With an appetite like that, it’s no wonder bats help to keep insect populations under control.

The impact that this has on agriculture is phenomenal. Without bats to keep insect numbers down, crops can be destroyed very quickly. And so bats are vital in helping to keep the human population well fed.

It’s estimated that bats save to US agriculture industry around $3.7 billion per year in pest control costs. This is a really conservative figure and maybe upwards of $50 billion per year.

Farmers have noticed the effect on crops especially with the rise of diseases that are impacting bat population numbers.

Bats are a natural insecticide. Without them, the agricultural industry turns to pesticides use. Using harsh chemicals to kill off bugs is terrible for the environment and the food chain as a whole. Pesticides not only affect insects but all the animals that eat the insects too.

Large macrobats found in tropical and subtropical climates are fruit eaters rather than insect eaters. A heavy fruit diet means bats are great as seed dispersal in these climates.

As the bats eat the fruit, they swallow some seeds. These seeds travel through the bat’s digestive system and are passed out in a different place, through their poop. The bat poop itself helps the seeds to grow like a little mini fertilizer.

Bats take around 20 minutes to digest the seeds, and will often pass them out whilst in flight. This means that seeds can be spread far and wide over a large area.

As deforestation continues to endanger tropical forests, bats are vital to keeping them alive. Bats are considered a key factor in tropical forest restoration efforts.

This system is quite clever as the bat help to plant more fruit trees. This in turn provides more food for them in the future.

Bats are so sensitive to environmental changes from climates or man. This makes them excellent ecological indicators. That means that if bats are present in an area then you have a diverse ecosystem.

If any area was previously inhabited by bats, which have since moved on, then something is wrong in the environment. Bats will stick around for fresh foods sources, water, and good roosting areas.

Bat also indicated there is a good biological diversity in the area. That means there is a good mixture of mammals, birds, fish, reptiles, insects, and plants. When all these living creatures are present you know there is clear air, water, pollination, and natural insect control.

The biggest threats to bats in the USA are the use of insecticide, disease, deforestation, urban lighting, and use of wind turbines.

Bats have a few natural predators that they can be a good food source for. The main bat predators in the USA are:

Bat will provide a quick meal for any predator lucky enough to catch one during the night. Yet bats don’t worry too much about predators. They are quite fast and can escape ground predators quickly.

Bats also tend to choose roosting sights that keep them out the way of predators. Bats also have good eyesight and echolocation skills which keep them hyperaware of what’s going on in their environment.

Humans in the Asia-Pacific region will eat bats as a food source. Larger megabats are quite easy to capture and can provide a good source of protein. Bat meat can be considered a delicacy in some areas.

There are many industries all over the world that use bats as their inspiration. This includes aviation, engineering, and medicine fields.

Bats are intriguing creatures that exist in so many parts of the world due to their ability to adapt easily. There are so many species of bats as they will evolve to change bot parts to survive different conditions and food sources. The skills that bats use to adapt to their environment have long been a source of inspiration.

Bats have been studied for:

Any advancement in these areas can make huge improvements to our lives as humans. Some of these advancements can be potentially lifesaving.

7. Bat Guano Is A Fertilizer

Guano is a collection of bat feces, that has long been used for its soil-enriching properties.

Bat Guano is crammed full of nutrients such as nitrogen, potassium, and phosphorus. All these nutrients make plants grow healthy and strong. Guano can also help to act as a natural fungicide and keeps to control harmful nematodes that live in your soil.

Guano is not only beneficial for the garden ecosystem, but also for caves. The ecosystem of a cave can be quite complex. Caves will provide homes for many animals as well as bats. The animals that live in these caves can benefit from the nutrients in bat guano to help their ecosystem to thrive.

This may seem like a weird benefit of bats, as they are mainly thought of as disease carriers. Yet it’s to do with bats preventing disease caused to humans by insects.

Bats help to control insects populations. That means there are fewer insects that can spread disease, viruses, and bacteria onto humans.

Bats can help to control the spread of diseases such as:

Having an ecosystem that encourages bats is important for human health. Bats are a natural insecticides that kill off harmful insects. This reduces the harmful effects that chemical insecticides have on the food chain and ecosystem.

9. Bat Tourism Contributes To the Economy

Eco-tourism is a huge moneymaker for many countries. Bat tourism in the USA is a growing industry and bringing in around $8million for the US economy every year. Globally that number is around to be $100million dollar in cave tourism.

The main bat watching spot in the USA is in Bracken Cave in Texas. This is host to the largest known bat colony in the USA.

Keen bat watchers can travel all over the world to different bat conservation sites. The money that’s raised from the services that run these sites is put back into bat conservation. This then helps to raise awareness of the importance that bats have on how we exist as humans.

The work bats couldn’t possibly be replaced by humans. They provide so much assistance with insect control, seed dispersal, pollination, and fertilization. It would cost us millions of hours of manpower and vast amounts of money to replace the work they do for free.

As humans, we have a lot to thank bats for. This includes encouraging eco-tourism and making technological and medical advancements.

It’s important that bats are protected in the wild. Then they can keep carrying out the amazing work that they contribute to our ecosystems.